Stage 1 of the walkway :

From the hillside to the canal

The Canal des Fondeaux which dates from the middle ages, the old farmers shelters, the gardens, and a little further
on, the few remaining plots of vines, and the old property with its driveway of mulberry trees, all help you to imagine
what this part of Die looked like about 150 years ago. Imagine…. On your left, the hillside, so well exposed to the
sun, is planted with many more vines. On your right, following strict rules for the consumption of water, the canal
irrigates all the gardens below. 300 metres further on, before turning left, on the Meyrosse, a tributary of the Drôme,
you will see the reservoir that is the source of the canal. At this time, winemaking was for every day family consumption
and served as a much appreciated income supplement. After centuries of small scale production sold locally, a larger
market began to be established, supported by the arrival of the railway in Die in 1887.

You are now standing by the Canal des Fondeaux, which thanks to the locomotive force of water, powered the turbines of the former factories
and mills which you have walked past. Going back in time imagine Die in the XIX Century and just up to the beginning of the XX Century
when vines were everywhere on the hillsides of the town. In 1835 vineyards in the Diois covered 2500 hectares of the future AOC area,
which is 900 hectares more than at the present day. Clairette de Die however, remained a « secret » with the annual production remaining
at 3000000 bottles for a long time. At this period Clairette de Die was sold in 220 litre barrels and then bottled by the buyer. It was a seasonal
product that only lasted for a few months. It was transported by horse-drawn cart and then train, to be sold in the cafés of Lyons, Marseilles,
Grenoble or indeed St Etienne. Around 1880, 80% of the vineyards in the Diois were affected by phylloxera. The vines were renewed through
a systematic use of new rootstock. Still today a more resistant variety of vine is used, onto which the grape varietals used in wine production
are grafted. 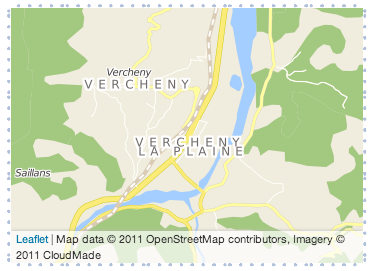